Character Sets the Tone for a Healthy Workplace

A Word from Jack Bowen

Our MD, John Bowen, is very aware of the amazing efforts being made by all our staff in this quite frantic building period – the busiest period most of us can remember. Normally we would be overwhelmed with joy, rather than overwhelmed with the frustration of a serious shortage of timber (for one) and our inability therefore to fully satisfy such a buoyant market.

Some days are better than others, i.e. great sales and branches capably executing every order versus great sales but branches falling short in execution. No one’s particular fault, just the effect of a market gone mad! 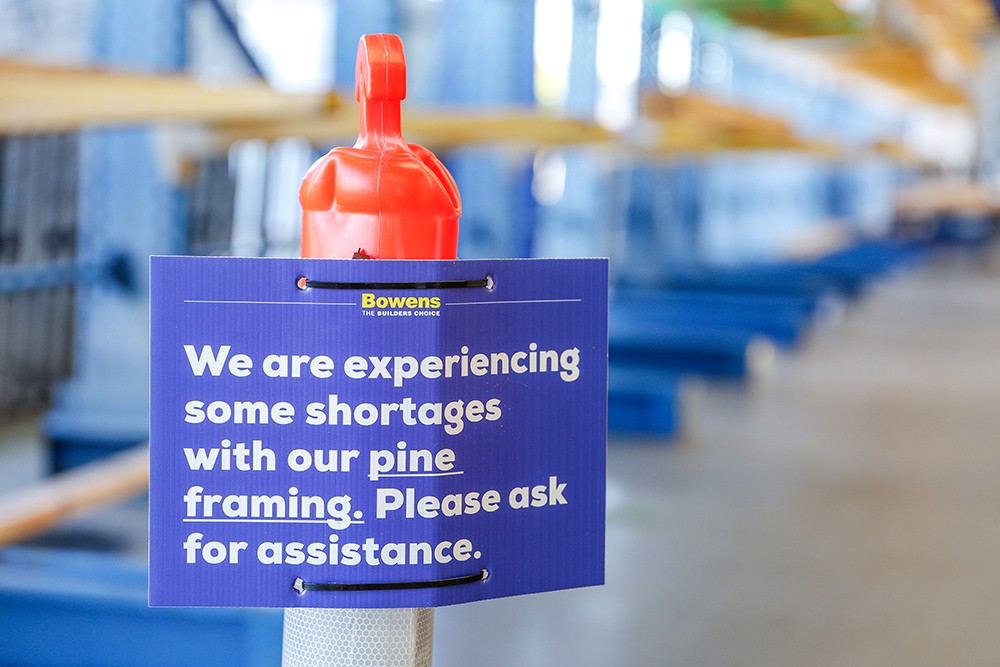 Bowens sets high standards in serving customers and ensuring we do everything ‘On Time’ and ‘In Full’. This is not happening every day as we would like. The pressure on staff to communicate both good news and bad to customers, to stay in touch with what is going on and the frustration of expected supplies just not arriving in our yards – all this takes its toll on everyone!

Many people would know the name Frank Costa. Frank died a few weeks ago and much was written and said about this wonderful man. I knew Frank and at one stage called on him to help me with a business problem. He was generous in the time he gave me and the advice he offered, which I followed with good results.

“One of Frank’s many dictums included his belief that you ‘Hire for Character’ and ‘Train for skill’. I believe in this statement and right now it is being well proven.”

With so much pressure on staff and their ability to perform, it is the character of the individual that will make or break us. Good ‘mental and moral qualities’ make forgood character – and we seem to be blessed with staff who have just that. It is great to have the product knowledge and the ability to sell but this needs to be matched with some understanding about the culture of our organisation, including a desire to be sympathetic to the needs of both the customer and one’s fellow employees.

Character in the workplace sets the tone for how a business operates. When considering character and the impact it may have on one’s business, we need to examine the core values relating to character. This includes operating in a trustworthy manner, demonstrating respect at every opportunity and taking responsibility for one’s actions. Beyond this, showing concern and doing the right thing are special attributes found in individuals living and operating ethically – with owners and managers leading by example.

I’m pleased that my grandfather, Richard Bowen, is being promoted around the company at the moment – no doubt John and Andrew Bowen have decided his image, his character (and good looks!) deserve to be put out there, and rightfully so! In the early 1880’s, Richard headed to Melbourne from his family home near Ballarat – he was 17 years old and for about ten years he worked in Melbourne as a labourer.

So, no fancy education that his son, grandsons and great grandsons had the privilege of enjoying. His father, Patrick, had emigrated from Ireland in the early 1850’s and worked hard to look after his wife Catherine and their six children. Richard was the last born so he would have understood the hardships of life from a very early age.

But from all I have read about my grandfather, he was an outstanding individual and personified the essence and meaning of ‘character’. Wally Turner worked for Richard, for my dad, and was my boss when I started at Bowens in 1963. In ‘Sixpence for a piece of Timber’ (the one-hundred-year history of Bowen & Pomeroy), Wally wrote of Richard:

“He worked closely with his employees, encouraging those who showed ability and rewarding hard work. As a manager he remained approachable and involved in the day-to-day operation of the company. He inspired tremendous loyalty…” Wally concluded: “…most workers would have walked over a cliff for Dickie Bowen.”

Richard would be pleased that his business has achieved financial success over all the years, more so he would be modestly proud that both the culture he created and the principles he lived by remain true today. All currently evident in our young men and women, through to the 60-year indelible ‘stamp’ of Jeff Harvey.

Frank Costa got it right in the modern era… as Richard Bowen did one hundred and twenty-seven years ago.

Seeing the Wood for the TreesComposureHow can we help?ReliabilityThe Terry Legacy