A cooling of Victoria’s housing market conditions has been on the horizon for a while now and the COVID shock appears to have accelerated this trend.  HIA has released its annual Housing Scorecard – a report presents which ranks each of the eight states and territories based on the performance of 13 key residential building indicators, including detached and multi-unit building activity, renovations, housing finance, and rates of overseas and interstate migration.

Whilst Victoria has dominated the HIA Housing Scorecard for much of the past decade, consistently ranking in the top two spots from late 2015 to mid-2020 this run ended in 2020 with Victoria sliding down the rankings, from top place into sixth place in just six months.

Victoria’s housing market has arguably been hardest hit by the COVID conditions. And whilst Victoria had long been expected to cool from the heights of recent housing activity, especially the apartment sector, its decade average after so many years of strong performance was becoming increasingly hard to surpass. The COVID conditions and Victoria’s prolonged second lockdown have nonetheless seen these trends accelerated particularly via the loss of overseas and interstate migrants, students and tourists. Victoria experienced its first net outflow of overseas migrants since 1993, and its largest net outflow of interstate migrants since 1996. Intra-state migration has also moved away from Melbourne as local residents moved out of the city and regional residents stayed put. This is likely to further impede housing demand in Melbourne.

There is, however, some short-term good news for the residential building industry.  First home buyer activity in Victoria has reached its strongest level since 2009 and great new home sales results were announced for December as people rushed to meet the first HomeBuilder signing deadline. In response to Homebuilder and some improved confidence, we saw an increase in new home sales in Victoria towards the end of the year.  However, we believe the response could have been even stronger without a second prolonged lockdown. In other indicators, loans to non-first home buyers have recently only managed a slight uptick, and investor loans deteriorated even further.

Once the extension of Homebuilder has ended in March 2021, other initiatives to support the construction industry, such as large infrastructure projects and the Big Housing Build will assist, but not fully address a prolonged absence of overseas migrants, tourists and students in the longer term. This will hurt Victoria more than any other state or territory, especially the apartment sector. Interstate migrants may also continue to be drawn away from Melbourne towards states like Western Australia and Queensland, where the mining industry is experiencing somewhat of a resurgence. These arrivals had been more significant to Victoria than any other jurisdiction and have been a key factor underpinning the jobs in Victoria’s crucial housing market.  They will be missed in the second half of 2021 and HIA’s forecasts will keep members up to date during the year as these matters progress. 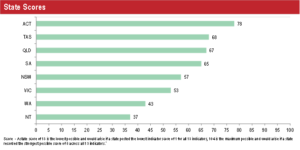 NCC Changes will be Significant in VictoriaThe 2022 Super CycleTrade Contractors in 2022Insulation is a Hot TopicWhat's in store for Housing in 2022?