An Interview With Bardie Somerville

Based in New South Wales and better known as Bards Builds, Bardie is a Fourth Year Carpentry Apprentice at Cowan Build Construction and a Brand Ambassador for Bowens. With over 12k Instagram followers, Bardie raises awareness for women in the construction industry and on Friday the 25th of March, she will be a guest speaker at the ‘Bowens Women in Trade Event.’

She supports, inspires, and connects women in construction and trades. Bardie initially studied a Bachelor of Fine Arts at the National Art School, however, after a few years working as a labourer, she discovered a newborn passion for the trade and began her career as a carpenter.

Bowens caught up with Bardie to ask the following questions:

How did you get into the trade?

When I was 18 and had finished high school, I got accepted into the National Arts School in Sydney, so I moved from rural New South Wales (outside of Lismore) to study art. Whilst I was studying, I was working at a bar and it took it out of me.

Sydney was a really different place to where I was from, and I just got to the point where I didn’t enjoy what I was doing. My Dad who lives in Sydney was working for a company who were looking for labourers so he called me and said that I could come in and work as a labourer.

I had nothing to lose so I thought I would have a crack. I then went to Kmart to buy steel cap boots in a men’s size. They didn’t even have my size and they were two sizes big, so I had to wear double socks.

The next day my Dad picked me up and on the way there he said ‘wear your thick skin today, the boys might have a bit of a joke but don’t take it seriously.’

And for the first bit of time working as a labourer, I didn’t enjoy it. But over time I learnt more and more and I would see builders over time create things which I thought was really cool.

Two years later I got offered to start my apprenticeship and I am now in my fourth year as an apprentice. Although it has had its ups and downs, I have never looked back. I do love what I do and I have a genuine passion for it. 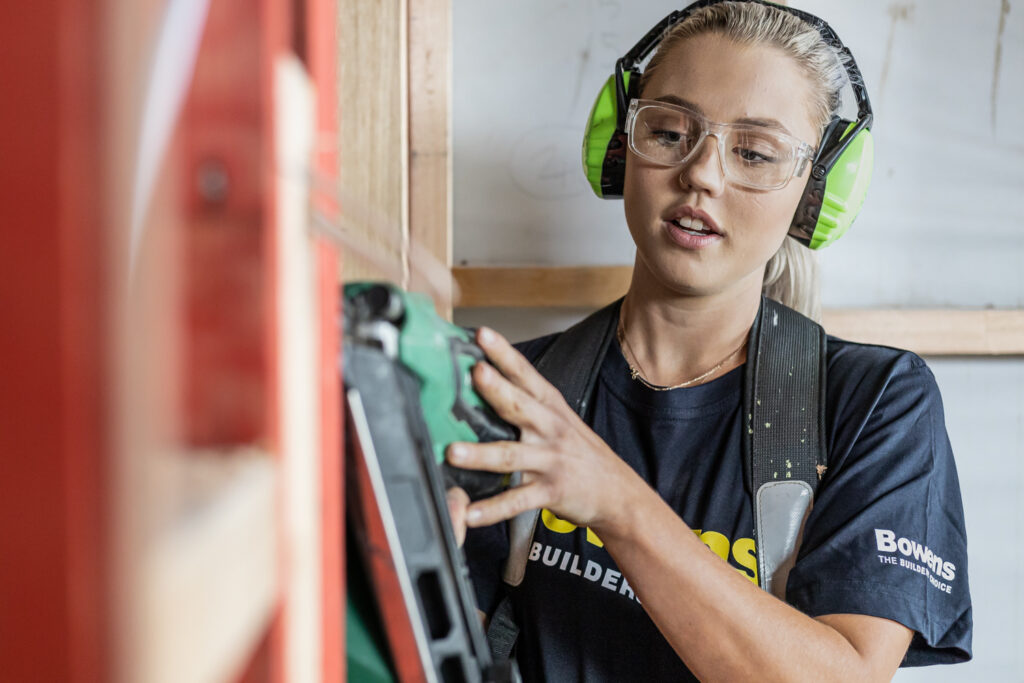 You mentioned that your Dad advised you to ‘have thick skin,’ did you feel the need to put on a brave face?

When I first started, you could really tell it made people uncomfortable to have me there. The supervisor on-site bought me a pair of pink gloves and said ‘here, protect your hands,’ everyone thought I was precious.

I felt an expectation to fit in to what a tradie is. It’s so masculine so it’s hard to balance being a female without being too girly.

At the start I felt like if I wasn’t someone they could relate to and that I didn’t have a place there. I was also very young at the time, so being older now I think you generally accept yourself more.

Were you the only female on site?

When I started, there was no one (girls). It was so rare. When I first started TAFE, there were no girls either. No one had seen a girl at the TAFE. I walked in and it was so odd. People just looked.

At work, we had a bricklayer and as I got better one of the other guys was put off because he wasn’t really doing much. And this bricklayer just hated me and said ‘you’ve taken my labourer’s job, a man’s job’ and just made me feel like I didn’t have a place there.

And now, he’s someone I see a lot and now we are really good friends. He would have me work any day for him.

It was just that initial period where it was so hard for them to fathom but when they get to know you and work with you, they’re the biggest allies.

If someone said anything to them (my workmates) about a girl being on-site, they’d be like ‘I’ve had a girl work with me, she’s the best.’ They would have me any day.

But now you go into the TAFE and there are four girls there. You see girls in work boots, it’s becoming so much more popular. Slowly but quickly at the same time.

Do you think initially men don’t understand it when a woman is on-site, but overtime they come to terms with it?

I would say they get a new perspective. At the start I would take offence when they didn’t have any respect for me. It was a bit of a ‘why am I here’ kind of thing. But now I take it as a challenge when I go on-site, and someone is like that to me. I just think ‘you don’t know me.’ Every day I go to work, and someone sees me, that is an opportunity to change someone’s perspective of me. It truly does that.

People go home and they talk to their partners or their kids because it is something they haven’t seen before. If you work hard and hold your head high, you have just as much right to be there as someone else.

Do you have any advice for women who want to enter the trade?

It’s so hard. Sadly, where we are at now, you need to come to terms with how the industry is. It is male dominant. It sucks, but that’s something you have to accept. If you want to be more comfortable, reach out to people close to you who are tradies and get some experience with people you know.

I have a lot of girls message me who have a lot of worries or anxiety about what it’s like, so find someone who you think you can relate to. The Tradie Lady Club has an online platform where you can post, ‘this is what I want to do, how do I go about this.’

There are a lot of women who are doing their apprenticeship or are now qualified so there will be more opportunities coming up where you will be able to work with women. 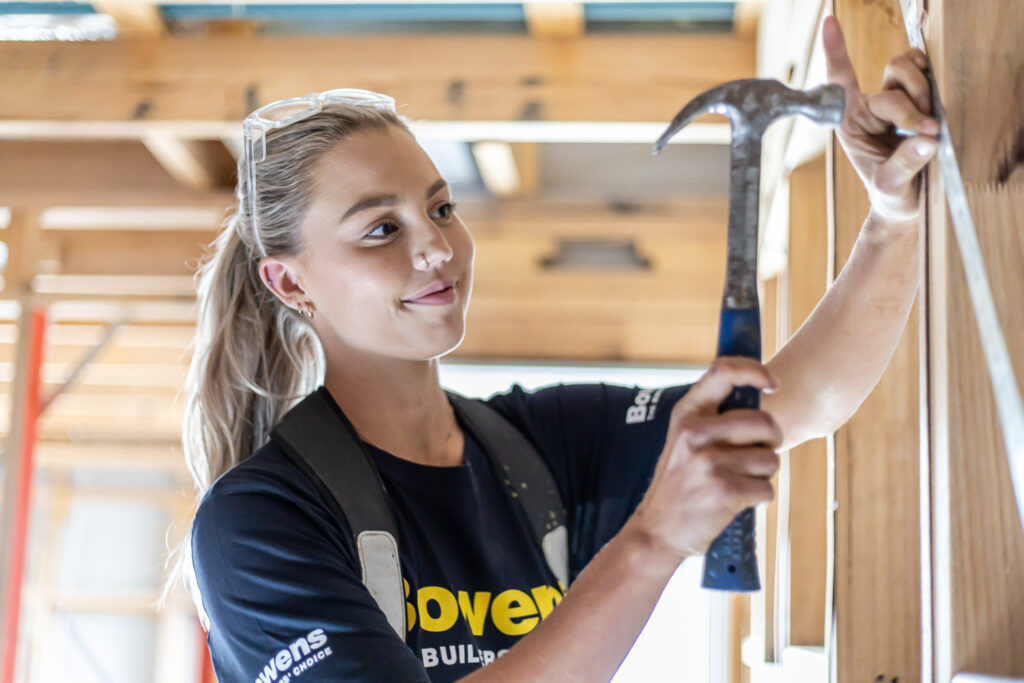 The Secret to Building a Great Team